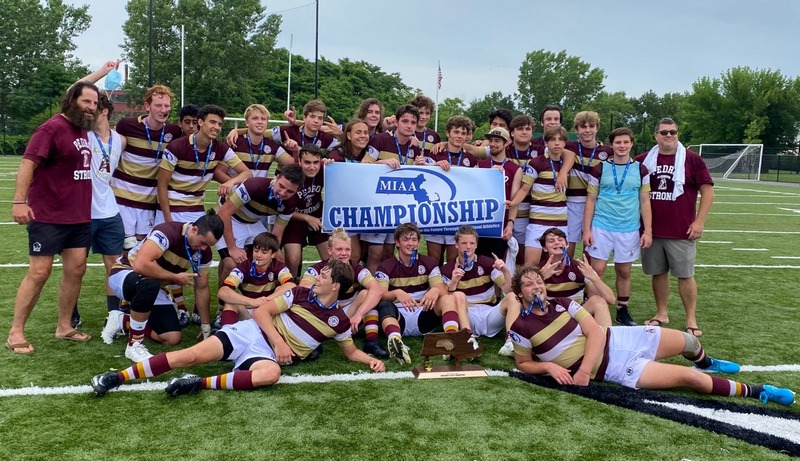 It’s time for another update on what’s happening in ARHS post-season sports.

ARHS Boys Rugby faced Cambridge Rindge & Latin in the State Division 2 bracket Finals this week. The match started on Wednesday night as scheduled. Lightning forced players off the field after only 19 minutes. The teams met up again at noon on Thursday to battle it out for the state championship. Algonquin won 14-31.

This was the first year the Gonk team included players who came up through Southborough’s Eagles Middle School program. The program was founded by ARHS Class of 2021’s Ed Gostick as an Eagle Scout project.

Southborough did the boys proud with a large band of noisy supporters from both Southborough and Northborough.

Rugby was the final Alonquin team competing in playoffs.

Last week, Baseball fell out of the Central/West Division 1 tourney at the Semi-Finals. They lost to upper seed Leominster 7-0 on Friday.

At last week’s MIAA All States Track and Field tournament, Girls Outdoor Track team ranked 74 out of 81 teams . You can check out the details on individual performances by the Girls (and two members of the Boys Outdoor Track team) here.