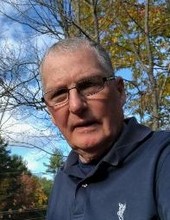 Donald Allen Buzzell, 73, of Northborough and formerly a long time Southborough resident passed away on Friday, January 21,2022 after a long and courageous battle with cancer, due to exposure to Agent Orange. He was the loving husband of Linda (Harding) Buzzell, and the son of the late Gertrude (Neary) and Charles Buzzell.

“Buzzy”, as he was known by many, dedicated many years in service to his community. Don was a 1966 graduate of Algonquin Regional High School. Don began working with the Department of Public Works in Southborough before serving in the Army. He served in Vietnam as a Specialist Five. Don earned the Army Commendation Medal for meritorious service. While in the service, Linda joined him in Hanau, Germany. After his time in the service, Don resumed his work for the Town of Southborough for 38 years before retiring as the town’s first Assistant Superintendent of Public Works. He was respected for his commitment to ensuring high standards and quality work to meet the needs of the town.

A devoted father, Don’s purest joy was everyday moments with his family. His children, grandchildren, nieces and nephews will remember the fun, games and entertainment that he provided for them. Don was a beloved youth baseball and basketball coach. After cheering on his own children in sports, he was a proud spectator at his grandchildren’s athletics, plays, concerts, shows, and recognition ceremonies.

Buzzy was an avid golfer and it was his love for the game that drew him and Linda to spend many of their winters in Myrtle Beach in their retirement. Don forged strong relationships with childhood friends, friends from winters spent in Myrtle Beach with Linda, the public works community state-wide, and neighbors in both communities which he called home.

The family would like to thank the wonderful team from Notre Dame Healthcare who afforded Don the opportunity to spend his final days at home surrounded by love from his dedicated wife and family.

Besides his wife Linda he is survived by his children, Donna Tibert and her husband William of Methuen, Steven Buzzell and his wife Amy of Millville; Christine Levine and her husband Travis of Hicksville, NY; his 6 grandchildren, Aubrie and Colin Tibert; Grace and Julia Buzzell; Jackson and Harper Levine; his siblings, Harold Buzzell of SC; Norman Buzzell and his wife Kathi of Shrewsbury; Warren (Flash) Buzzell of Palmer; Phil Buzzell, sister-in-law, Wendy Buzzell both of Southborough; and several nieces and nephews. He is predeceased by his brother Clyde Buzzell.

Visiting hours will be held on Thursday, January 27, from 4 to 7 pm at the Morris Funeral Home, 40 Main Street, Southborough.

A funeral home service will be held on Friday at 11 am at the Morris Funeral Home. Burial will follow in the Southborough Rural Cemetery.

In lieu of flowers, memorial contributions may be made to Celiac.org or to the Southborough Community House, 28 Main St, Southborough, MA.

To leave words of condolence to the family, please visit www.morrissouthboroughfuneral.com