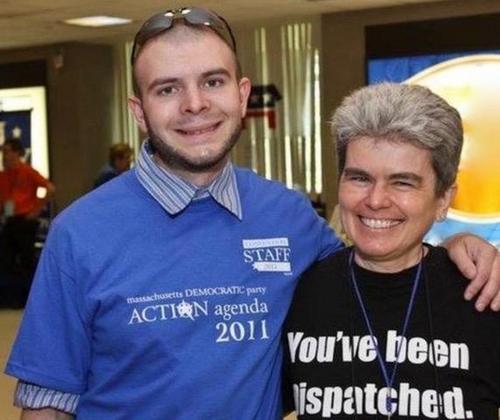 Above: Kate Donaghue is hosting an event to raise awareness about the opioid epidemic as a public health crisis in memory of her son. (contributed image)

This weekend, a candidate to represent Southborough as a State Representative is holding a special event on an issue that’s important to her. Though not campaign related, since Southborough is at the center of the district she is running to represent, she is extending an invitation to our community.

Kate Donaghue is hosting a virtual Opioid Awareness Roundtable this Saturday, March 12th at 10:30 am.

The event marks the 4th anniversary of her son Brian’s death by overdose:

This is the 5th event Kate Donaghue has hosted on the issue. The first one was in the weeks following Brian’s death. In a message to “Friends”, Donaghue wrote:

Since that time, with your support, I have honored his memory with an annual event to raise awareness of this public health crisis. We need to treat the opioid epidemic as the crisis it is, and not a moral failing.

In addition to Donaghue, the Roundtable will feature:

a person in long term recovery from drugs and alcohol since August of 2014. She will be sharing her story of addiction struggles and recovery. An important part of her journey includes recovery court and collegiate recovery (college recovery).

as Chairman of the Governor’s Statewide Youth Council in 2016, Connor helped pass an opioid addiction prevention bill that institutionalized SBIRT screenings across the Commonwealth. Screening, Brief Intervention, and Referral to Treatment (SBIRT) focuses on prevention, early detection, risk assessment, brief counseling and referral for assessment that can be utilized in the school setting (specifically in middle and high schools statewide). Six years later, Connor is working to address other root causes of substance use disorders by breaking the cycle of young adult homelessness through his work at Breaktime.

I am continually inspired by Kate’s strength. After suffering an unimaginable and heartbreaking loss, she devoted her time and energy to raising awareness and finding solutions. Brian’s memory burns bright, and I have no doubt Kate’s efforts will spare other families such a tragic loss.

Amen to that! Southborough has not escaped the opioid plague, by any means, and it’s heartbreaking.