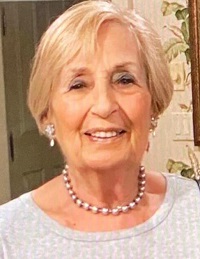 Ursula Luisa (Krehn) Langway, 88, of Southborough, died peacefully on September 25, 2022 surrounded by her loved ones.

Ursula was the beloved wife of Robert W. Langway and the adored mother of Linda Orentlich and her husband Frederick of Northborough; Deborah Kennedy and her husband Douglas of Hudson; Julie Kebartas of Hudson; Robert Jr. and his wife Nancy of Southborough; and Lori Howley and her husband Richard of Newburyport; the devoted grandmother of Meghan Williams; Jordan and Tyler Howley; Jessica, Justin and Jason Langway; Austin and Jared Orentlich; and Karleigh, Bobby and Viktoriya Kebartas. In August 2022, she became the great grandmother to Kennedy Williams. Ursula is also survived by her sister, Anne Marie Guerin, of France; her cousin, Steffi Lang, of Minnesota; and two cousins, Hazel and Monica Peiser, of London.

Ursula was born in Berlin, Germany, and educated in London and Paris. She was a bi-lingual secretary for the United States Air Force in Casablanca, French Morocco, where she met and married her husband in 1955. She became a naturalized American citizen in 1959 and raised her children in Massachusetts while running a successful childcare business.

Ursula’s greatest joy in life was spending time with her family. She was an incredibly caring and giving person with a beautiful heart. Ursula loved singing, music, cooking, shopping, and traveling. She was a wonderful and loving wife, mother, and grandmother. Ursula leaves us with beautiful memories and will be deeply missed by us all.

Calling hours will be held from 4:30 pm to 6:30 pm on Tuesday, September 27 at Morris-Johnston Funeral Home, 40 Main Street Southborough.

A funeral Mass will be held at 10:30 am on Wednesday, September 28 at St. Anne Church, 20 Boston Rd, Southborough, MA . Burial will follow at the Southborough Rural Cemetery.