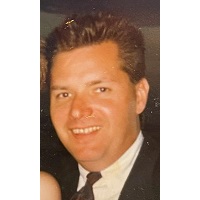 Paul F. Beck, 62, of Southborough died Monday October 31, 2022 at the Miriam Boyd Parlin Hospice Residence after a courageous eight year battle with Posterior Cortical Atrophy, a very rare form of Alzheimer’s disease. He was the husband of Kathy A. (Reagan) Beck for the past 32 years. He was born and raised in Brighton, the son of the late Robert and Margaret (O’Toole) Beck and was a graduate of ACC High School. He later received an Associates Degree in Electrical Engineering from Wentworth Institute. Paul worked for Eversource for the past 33 years retiring in July of this year. In his spare time throughout his life he enjoyed playing the bass guitar as well as golfing and was a former member of Marlborough Country Club. Paul’s greatest joy in life was his daughter Allie, and encouraged her to follow her dreams and supported her in everything she did. He and his wife Kathy took many trips to their favorite vacation spots, Cape Cod, Maine, and Aruba. Paul loved the simple things in life, like enjoying a coffee on his deck, and jamming out to his favorite bands, Rush and Tool. Paul faced his illness with strength and dignity, and enjoyed the things he loved until the very end.

In addition to his wife Kathy, he leaves his daughter Alexandra S. “Allie” Beck of New York, NY; two brothers, Robert and David Beck; a sister Paula Fairfield. Paul is also survived by many nieces and nephews.

A Mass of Christian Burial will be celebrated Thursday November 3 at 10:30 AM in Our Lady of Help Christians Church, 573 Washington Street, Newton. Burial will follow in Newton Cemetery, 791 Walnut Street, Newton. There are no calling hours. In lieu of flowers, donations in Paul’s memory may be made to the Miriam Boyd Parlin Hospice at Donate (gscommunitycare.org). All are invited to sign Paul’s online guestbook at www.collinsfuneral.com. Funeral arrangements are under the direction of the Collins Funeral Home, 378 Lincoln Street, Marlborough.