Former Southborough resident Clare Curran was part of history last week. Along with friends Vanessa Hale (Southborough’s Assistant Town Administrator) and Vera Kolias (Southborough’s Town Planner), Clare traveled to Washington to take in the inauguration of President Barack Obama. Here she shares what it was like to be a witness to history.

We Were There!
The three of us decided back in November we wanted to be in Washington DC when Senator Obama was inaugurated. Since my sister lives in Arlington, VA we knew we had a place to stay that would give us easy access to Washington. So we rented a car, bought a life size Obama cardboard cutout at iParty, packed him in the car on Jan 18th and were on our way.

During our frequent rest stops, we took out our Obama for many good photo ops and found it a great ice breaker for meeting lots of people. Obama had his picture taken at several rest stops and he was particularly popular on the New Jersey Turnpike. 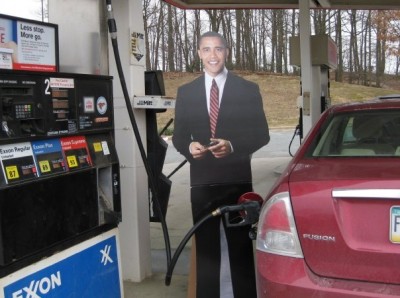 We arrived in Washington on Sunday night and went the Mass Democrats party at the Nationals Stadium, On Monday we walked all over DC, and while we saw a lot of war protesters and anti-Bush signs, the majority of people seemed excited about the Inauguration.

On Tuesday we arrived at The Mall just as the sun was coming up over the Capitol, and already there were thousands of people camped out. We picked our spot at a Jumbotron and settled in. 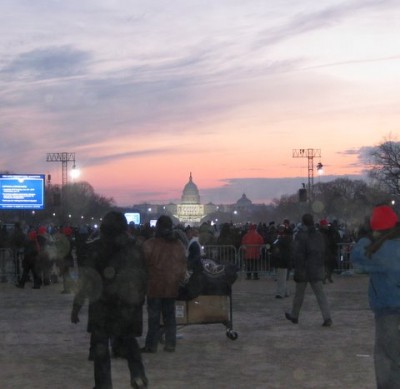 It was cold but no one seemed to mind it too much, and as they replayed the concert from Sunday at the Lincoln Memorial, people all around were singing and dancing together, complete strangers became fast friends. 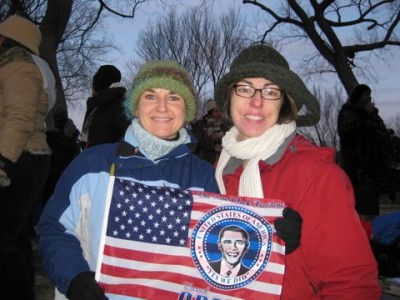 When Obama finally took the stage the cheers and screaming were unbelievable. It seemed everyone there had an American Flag. The crowd of 1.8 million then became completely silent while Senator Obama took the oath and again the crowd went wild. It was an unforgettable experience for all of us.

Now we look at the pictures of the crowd on the Mall that morning and and say, while history was being made, we were there. 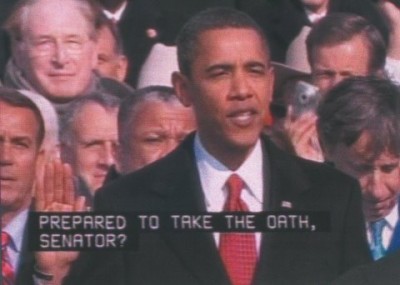