Pilgrim Church was evacuated Tuesday morning after someone smelled natural gas. Kindergroup kids and parents were among those evacuated.

Firefighters discovered a pilot light in the kitchen had gone out. NStar was called in and they recommended the stove be shut down until it could be cleaned.

Firefighters monitored for explosive levels of natural gas, but at no point were levels considered dangerous. After about 20 minutes, the church was reopened.

I just happened to be interviewing Fire Chief Mauro for the ladder truck series when the call came in, so I got the chance to take some photos of the scene. 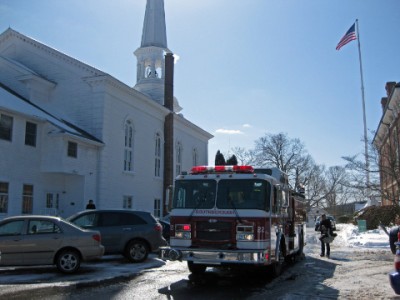 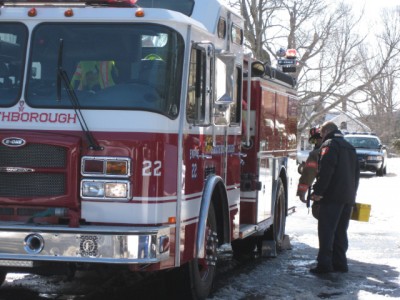 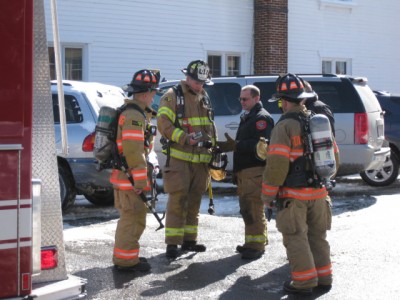