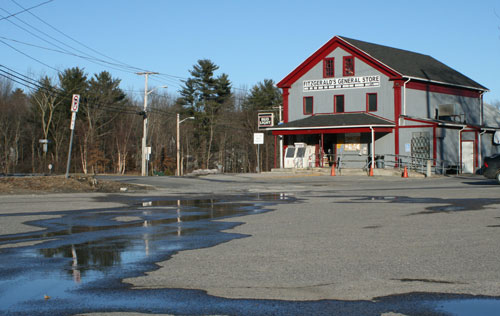 Your weekly sample of stories in the local media that have a Southborough connection.

Particularly good if you want some Doritos for the ride
“People that live in Southborough, they’d like more parking around the site.” —Vinnie Patel, manager of Fitzgerald’s General Store on his hope to offer commuter rail parking at the store. He plans to charge $75 per month as opposed to the $90 it costs to park in the commuter rail lot. (Metrowest Daily News)

Nigerian Cardinal makes an impression
“I think he’s really cool. He might be a cardinal but he acts just like a regular, ordinary person.” —Southborough resident Jackson Mannix, a fifth-grader at St. Bernadette Catholic Elementary School, on a visit by Nigerian Cardinal Francis Arinze to the school. (Worcester Telegram & Gazette)

Catching up with a ’64 grad
“The thing I remember the most is always going over to someone’s house for a victory party, the friendships you formed, the tight bonds you had with the guys you played with. I really enjoyed it.” —1964 Algonquin grad John Rose on his time on the Algonquin football team. The team lost only five games during his four years of play. (Wicked Local Southborough)