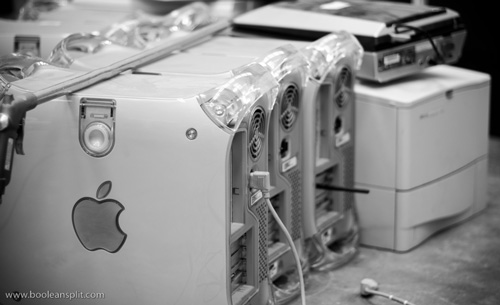 Last-minute negotiations in the run up to town meeting helped the school district get an additional $67K to use toward technology purchases next year.

In the lead up to town meeting, the Selectmen and Advisory Committee both supported a mere $65K of the $205K requested by the Southborough schools for capital technology purchases. But in the eleventh hour, the Advisory Committee and the School Committee met and reached a compromise.

At town meeting on Tuesday night, Advisory changed its position to support the original $65K plus an additional $67K to be taken from the town’s stabilization fund, also known as the rainy-day fund. The $65K would go toward the third-year of an equipment lease (something the town is legally obligated to pay), and the additional $67K would go toward new equipment like servers and switches.

Voters ultimately approved Advisory’s amended article, but not without the objection of Selectmen.

Selectman Bill Boland argued voters should stick with the originally-recommended $65K, noting that other town departments like DPW and police have taken hits to their budgets. “It’s a tough year. I feel the school committee should forego tech upgrades for one year.”

But Advisory Committee Chairman John Butler suggested sticking with old equipment can problematic. “When you have as big an investment in technology as our schools do, you can’t just stop and expect things to keep working.”

A Clemmens Road resident asked what type of equipment the $67K would purchase. Director of Technology Jean Tower said it would be used to replace severs, some of which are seven years old, and old 10MB switches and “dumb hubs,” among other items.

School Committee member Marybeth Strickland said the money would get them “the bare minimum to keep things running.”