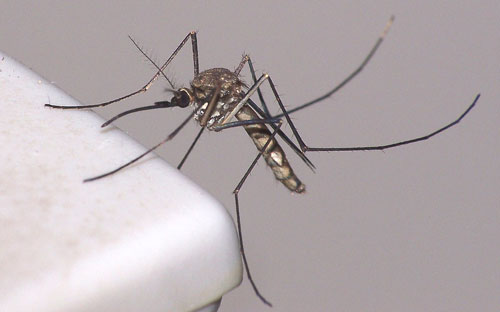 According to an article in the Boston Globe, the near-constant drizzle we’ve had this month will probably not result in a large increase in the local mosquito population. The Metrowest Daily News agrees. While numbers won’t be massive, both sources say it will be an “above-average” mosquito year.

I remember the days when the whole town would get sprayed with pesticides to control the mosquito population. I can still hear the sound of the truck rolling up the street on hot summer nights. They don’t do that anymore – probably a good thing.

Instead, the Central Mass Mosquito Control Project will spray in targeted areas only if residents complain of “unbearable” mosquito activity, and then only if the mosquito population is shown to exceed certain thresholds. You can read more about the spraying policies in the Mosquito Control FAQ.

If you want to report a bad skeeter situation, there’s a form on the Mosquito Control website. There are also instructions on how to prevent your property from getting sprayed should Mosquito Control show up in your neighborhood. It involves paper plates.