After three years of little or no growth, the population in Southborough ticked up by 0.7% — that’s a total of 65 residents — from July 2007 to July 2008 according to the latest numbers released by the US Census Bureau.

Southborough saw a period of significant growth at the start of the decade, with the population rising by almost 8% from 2000 to 2004, but then things leveled off until the most recent increase in 2008. 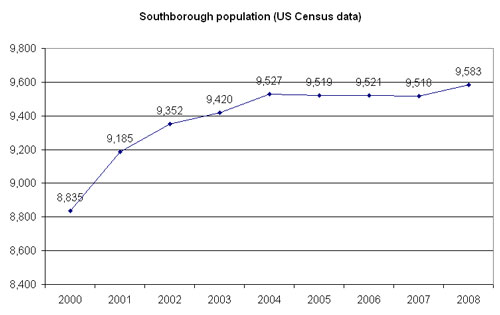 This nifty chart from CommonWealth Unbound shows how population rates changed across the state (click to view a larger version along with other population charts on their website). 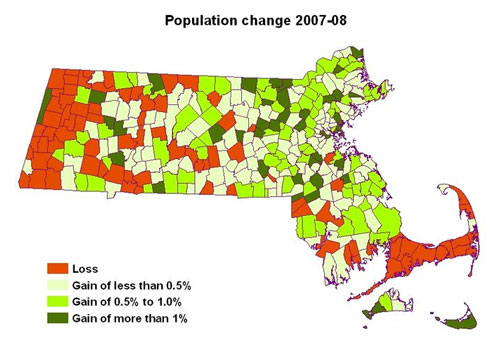