On the bright side, yesterday’s weather resulted in a lovely rainbow. So if you were stuck in traffic, at least maybe you had something pretty to look at. 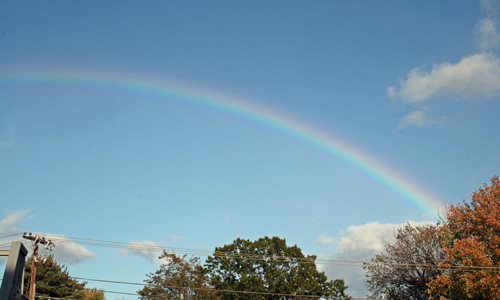