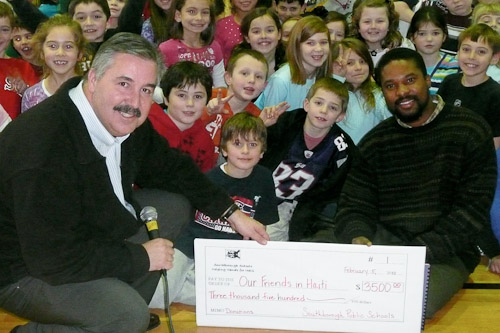 For one member of the Southborough school district, the earthquake in Haiti hit very close to home.

Edouard Bien-Aime, a network administrator for the district, is a Haitian native. His family still living in Haiti was directly impacted by the earthquake and is now dealing with its aftermath.

Since the disaster, Bien-Aime has been raising funds to help the recovery. The Southborough schools joined together in a donation drive, and during an assembly last Friday at Woodward, they presented Bien-Aime with a check for $3,500. The funds will be used to distribute life-saving relief supplies, including food, clean water, blankets, and tents, to children and families devastated by the earthquake and its aftershocks.

Third graders at Woodward also created a book called “Hearts for Haiti” that will be presented to Bien-Aime and then delivered to students in Haiti. 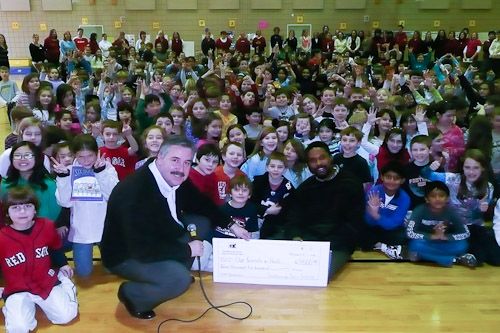