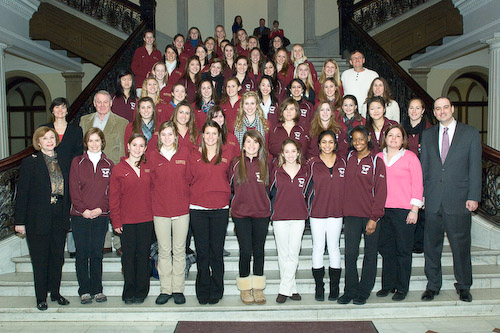 Last month members of the Algonquin girls soccer team were awarded plaques to commemorate their 2009 state championship win. And last week, they were honored by Southborough and Northborough’s state representatives at the state house.