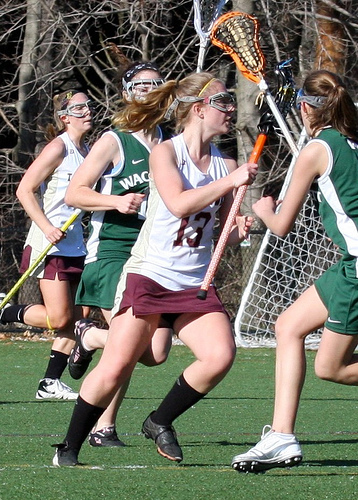 Carly O’Connell scored seven goals and Heather McDonald added four goals and an assist for the host Tomahawks in a Mid-Wach A opener for both teams in Southborough on April 1, 2010.

The Tomahawks won the game by a score of 15 to 5. You can see more of Margaret’s photos of the game on flickr.

In other Algonquin sports, the girls softball team played a scrimmage against Clinton on Saturday. Southborough photographer Chris Wraight sent in some photos from the match.