With all the interest in this year’s town elections, I expected voter turnout to be on the high side. And it was … sort of.

At 24%, voter turnout this year was the highest since 2004. But if you compare it to turnout during the first half of the decade, this year’s turnout was on the low side. The highest turnout in the past ten years was in 2004 when 32% of registered voters hit the polls. The average turnout since 2000 is 23%.

The chart below gives more detail. 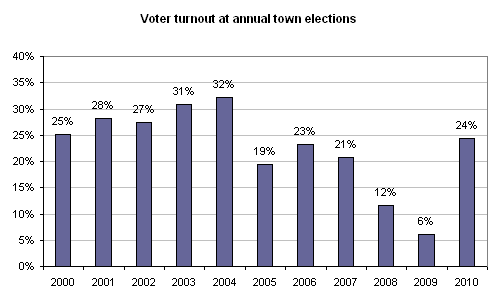