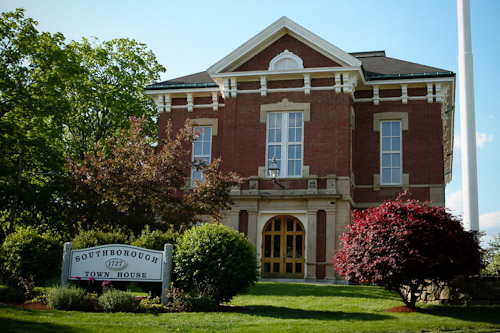 A few years ago, a committee appointed by Town Meeting came up with a set of recommendations on how to improve our method of government. The recommendations didn’t go anywhere then, but a band of Southborough residents thinks the time is right to try again.

At town meeting in 2007, the Town Governance Committee delivered a report recommending the town adopt a Home Rule Charter. A home rule charter would allow Southborough to control its own governance without interference from the state, and would pave the way for structural changes the committee said would make town government more effective and efficient.

Among the structural changes proposed was the creation of a town manager position — as opposed to the town administrator position we have today — and increasing the size of the Board of Selectmen from three to five members.

After delivering their report to Town Meeting three years ago, committee members started collecting the 1,000 signatures they needed to move the process forward. That effort ultimately failed, and the charge stopped there.

Steve Morreale, chairman of the Personnel Board, told the Advisory Committee last night he plans to start collecting signatures again. “I think the time is right,” he said. “This is not an indictment of what’s gone on in town, but it would be inappropriate for us to ignore (the recommendations of the Town Governance Committee) and not explore the alternatives.”

The road to changing our structure of government would be a long one. Morreale said the next step in the process is to collect signatures from 15% of the registered voters in town — 994 signatures by my count. If enough people signed the petition, a measure would go on the ballot at the next town election to create a charter commission and elect members to serve on it. The commission would then have up to 18 months to draft a charter. The charter would require approval from the state attorney general, as well as the state legislature.

Morreale said he would like to see the measure on the ballot in May 2011.

“Let’s be realistic, there aren’t 3,000 people who are interested in this, but there seem to be interested people who are willing to take the next step,” Morreale said. “This is not intended as a takeover, but as a review of the governance structure.”

While the issue was being discussed at an Advisory Committee meeting, the committee said they have no formal jurisdiction over the process. “Just to set the record straight, this is a discussion to keep the ball rolling,” Advisory Committee Chairwoman Claire Reynolds said.

Simple question: How does another management layer reduce property taxes?