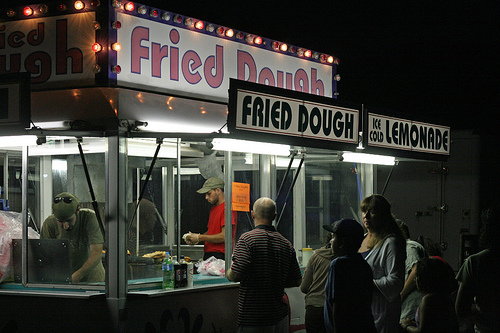 The folks behind Southborough’s annual Summer Nights celebration have been hard at work organizing this year’s event. It’s the seventh year in a row the town-wide party capping off summer has been held, and organizers say this year will be better than ever with more food options and more entertainment options for older kids and teens.

Sponsors are still needed for the event, which is scheduled for August 29. In particular, organizers are looking for someone to sponsor the live band. For more information on sponsorship opportunities, contact Robin Martin at 508-333-1221.

Here’s a press release from the Rec Department with more information on this year’s event.

The Southborough Summer Nights Committee has partnered again this year with Southborough Recreation to bring residents together for a spectacular evening of entertainment and family fun at the annual Summer Nights Festival. This year will mark the seventh anniversary of the locally funded event which will be held August 29 at the Neary School.

Each year the event gets bigger and better with added attractions and amusements. “Every year we are able to do things a little bit better based on what we learned the year before.” said Doreen Ferguson, Director of Southborough Recreation. “Last year we noticed that the lines for food were too long, so this year we have added more food vendors and food choices.” Barbecue items from Mr. Jack’s Catering and hamburgers and hot dogs hot-grilled by members of a local historical club have been added to the menu. The Committee is also planning to add more games and entertainment geared toward older kids and teens attending the event.

Support from the community continues to be strong for this event which is funded entirely by donations. “Our local businesses have been incredibly generous.” said Robin Martin, Co-Chairman of the Summer Nights Committee. “Almost all of last year’s sponsors agreed to support the event again this year. It is this kind of loyalty that makes this event a reality each year.” The largest ticket item for which funding must be secured each year is the fantastic fireworks display. Again this year, funding for the fireworks display is being co-sponsored by Bill Depietri of Capitol Group Properties and the non-profit organization, Friends of Southborough Recreation. Capitol Group Properties has been Summer Night’s largest annual supporter since its inception seven years ago. The Friends of Southborough Recreation, established and run by residents Melissa Shields, Jill Dratch and Kate Poultney, is co-sponsoring the fireworks for its second year.

There are several other local business that step up annually to help fund the inflatable amusements and entertainment that are offered free of charge at the festival. The Rock Wall, Moon Walk, Pony Rides and Dunk Tank are some of the fun options that would not be possible with out the generous support of St. Mary’s Credit Union and Brendon Properties, as well as Fay School, Southborough House of Pizza, Wellen Construction, Long Cadillac Hummer Saab, Tomasso’s Trattoria and Italian Market, Middlesex Savings Bank, Choice Car Wash and Yama Zakura. Mamas N Divas Nail Lounge, a new full-service nail salon in Westborough, has joined as a sponsor this year.

Support from the community is not limited to monetary donations. An event this large requires a commitment from the town as a whole. The Committee relies heavily on the assistance of the Police, Fire, Emergency Management and Public Works Departments. The Fire Department provides the truck and sets up the popular Bubble Romp for the children and must be on hand for the fireworks display. The Police assist with parking, safety and crowd management. The Public Works Department helps with many aspects of setting up before the event and cleaning up after. “We really appreciate all the help and support the Town departments provide to us at this event. It’s a great example of how we can all work well together.” said Ferguson.

As with any publicly funded event, the Committee is always looking for additional supporters. “Unfortunately, we did lose our sponsor for the live band this year, so we are still looking for a local business that might want to step up and make this important donation,” said Martin. Live music at Summer Nights is provided by The Infractions, a Massachusetts band from Duxbury, who entertains the crowd with their repertoire of 60’s, 70’s and 80’s music throughout the night. This is The Infractions sixth year at the Summer Nights festival. The Committee is also hoping to find a sponsor to add a new attraction for teens known as the Dance Revolution.

For information about the event or to become a sponsor, please contact Robin Martin at 508-333-1221.

I read in Friday’s Villager that Sen. Jamie Eldridge and Rep. Carolyn Dykema are sponsoring the music this year. (I’d give a link, but I can’t find the story on line.)