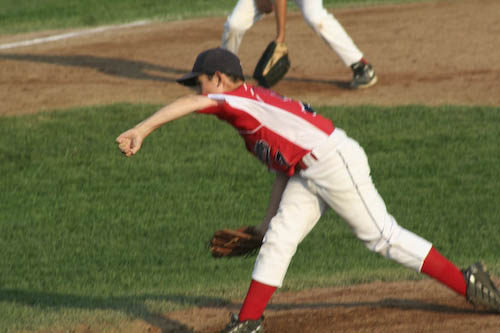 Above: The final pitch in Southboro’s win against Vermont on Sunday (contributed photo)

If you want to check out some Southboro Little League action, but can’t make the trip to Connecticut, now’s your chance. Southboro’s game from Bristol will be televised today on NESN starting at 1:00 pm.

Our boys will face off against undefeated Cumberland, RI in this the third of four round-robin games. The four teams with the best records will play a semifinal round on Thursday in the hopes of making it to the New England finals on Saturday.

Southboro has a record of 1-1. 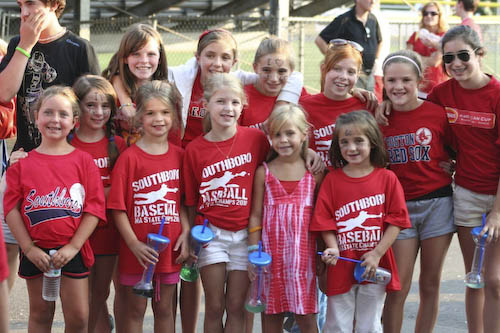 Above: From the game on Sunday, fans showing their Southboro pride (contributed photo)

How can I watch these games in Southern California(zip 91722). I have Charter Communications for all my TV watching or some computer downloads?

The early round-robin games are being broadcast on New England Sports Network (NESN). I don’t know if your west coast Charter package includes that station, and the network isn’t offering an online option to watch the games. There is a 14.95 subscription for online watching through the Little League website. Starting Thursday, however, the semi-finals and Championship games move to a national broadcast with ESPN. If you become a fan of Southborough Baseball on Facebook, someone at the game will post inning by inning updates.

Are there shirts still available at D&D’s?