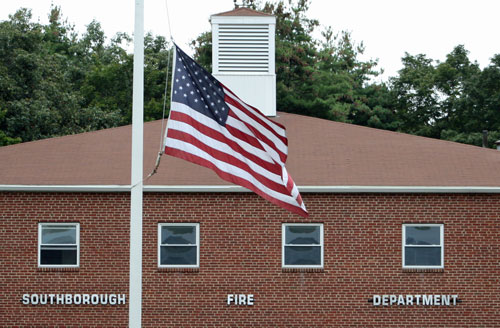 Flags in Southborough and elsewhere will be a half staff on Sunday, October 3 in observance of the 29th Annual National Fallen Firefighters Memorial Service.