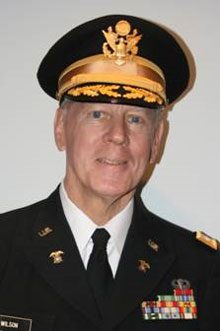 I mentioned this in a blurb last week, but it really deserves its own post. Lifelong Southborough resident John Wilson was recently honored for his community leadership by the Southborough Boy Scouts. From the press release:

Former Southborough Town Moderator and American Legion Post Commander Lieutenant Colonel John H. Wilson was chosen by the Boy Scouts of America’s Knox Trail Council, the Southborough’s Scouting leadership and the Southborough business community as Southborough’s 1st recipient of the Good Scout Award for 2010. He will be honored at an awards banquet in November which will culminate the yearlong celebration of the 100th anniversary of Boy Scouting in America. The 2010 town nominees were – Jane Smith, Peter Phaneuf, Marty Healy, Bea Ginga, David Falconi, Billy DePietri, Roger Challen and, of course,  John Wilson.

Dennis Flynn, Southborough’s Scouting Charter Rep and Co-Chair of the Nominating Committee and the event said: “John Wilson was chosen from a highly select group of Southborough nominees as an example of outstanding commitment to community, country, family and friends, and as an individual who carried the “Spirit of Scouting” into his adult life.  The Good Scout honoree is an outstanding community leader who captures the respect, admiration, and imagination of the youth in the community.”

You can read the entire announcement here.

The awards banquet honoring Wilson will be held on November 10 at the Marriott in Marlborough. You can reserve seats at www.ktc-bsa.org.

A well deserved honor. John led town meeting with a fair but firm hand. He made sure that competing sides were heard and difficult issues discussed without letting participants cross the line into incivility. A rare feat. I think John could heard cats!

Of course I meant to say herd.

I’d like to send my congratulations to John – and Sheila and Kara – and I’m sorry I will miss the dinner tonight. A better choice could not have been made. Thanks, too, to Dennis Flynn who helped make this happen. Seeing Al’s name in a comment here brings back lots of fun scout memories. Both my sons are Eagle Scouts and both Al and Dennis helped them reach that goal. Readers of this blog might not know that Al’s as adept at camping and cooking over a fire as he is with budgets!