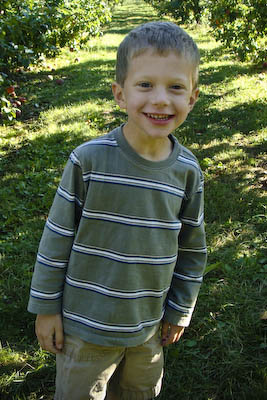 “People don’t think about it, but if you’re in a bad car accident in Southborough, the ambulance is going to take you to Worcester, not to Boston,” Southborough resident Kathryn Marous said. And she should know.

In March 2007, her then 13-month-old son Teddy was in just such a bad accident. The car he was riding in was rear-ended while stopped at a traffic light on Route 9. Teddy suffered serious injuries and was taken by ambulance to UMass Memorial Children’s Center in Worcester where he spent the next week in the Pediatric Intensive Care Unit.

Marous said those were “dark days,” but she’s grateful for the care Teddy received at UMass. “They were wonderful to our whole family,” Marous said.

On Saturday night the Marous family will be honored by UMass Memorial Children’s Center as part of their annual Starlight Celebration. It’s a fundraiser to help raise money for the hospital. This year the funds will go toward renovating the pediatric ICU where Teddy was treated following the accident.

Marous said while she doesn’t relish talking about Teddy’s accident, she wants people to know about the excellent care they received in Worcester. “They were family-centered, nurturing, and kind,” she said.

While in the ICU, Teddy was under the care of Dr. Scot Bateman, director of the Pediatric Critical Care Division. “I was struck by the fact that while his job involves working with kids so close to death, he’s not hardened,” Marous said. “He’s a very humane person, and so competent.”

Marous said both before and after Teddy’s accident she spent time volunteering at a number of hospitals, including UMass Memorial Children’s Center and more well-known facilities in Boston. “UMass is more warm and fuzzy than anyplace else I’ve volunteered for,” she said. “You just don’t see that at a lot of hospitals.”

Marous said she’s also grateful to the emergency personnel who responded to the accident, including former Southborough firefighter Peter J. (“P.J.”)  Phaneuf and current Southborough Lieutenant Christian Dano. “I just think the world of them,” she said.

More than three years after the accident, now 4-year-old Teddy still suffers its effects, but you wouldn’t know it from the smile on his face. “He’s a happy kid,” Marous said.

The UMass Memorial Children’s Center fundraising gala where the whole Marous family — mom Kathryn, dad Daniel, and kids Peter, Lucy, and Teddy — will be honored takes place on Saturday, October 23 at Wagner Motors in Shrewsbury. You can learn more and get tickets here.

Fay’s sixth graders just voted to donate proceeds of their Halloweenogram sales to UMass Mem Pediatric unit! Will share this with them!

Congratulations to a truly amazing and beautiful family! We love you Teddy!!!