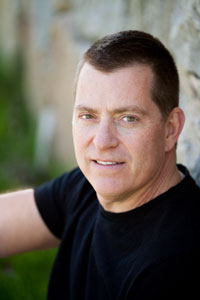 Looking for something to do on Friday night? Here’s a great option featuring two Southborough authors:

Join us to hear two local authors read from and discuss their recently released novels. Whether you’ve read the books or not, we invite you to take part in a discussion of creativity, writing, reading, and the turbulent state of the publishing industry. It’s an evening for readers, writers, and anybody who loves books!

Refreshments will be provided, and the authors will be available to sign and sell copies of their novels.

ANN PORT recently published It’s All In The Title

, which combines mystery, romance, and humorous anecdotes about running a major league baseball team. Carolyn Charlotte Cleveland is president of a fictional baseball team, the Indianapolis Knights. She inherits an English title and an enormous amount of money from her father, an English earl whom she never met. When she travels to England to reject the title, she unexpectedly becomes embroiled in a mystery! Port’s second novel The Bernini Quest

STEVE ULFELDER’S first novel, Purgatory Chasm, marks the debut of Conway Sax, a washed-up NASCAR driver and enforcer for a renegade AA group. Conway reluctantly agrees to help a fellow AA’er retrieve his classic car from a shady garage. When the friend turns up dead, Conway is determined to solve the crime – which forces him to dig up ghosts from his own past. This locally set hard-boiled novel has been nominated as Best First Mystery of 2011 by “RT Book Reviews.”

The event starts at 7:00 pm on Friday in the sanctuary of Pilgrim Church. It’s a great opportunity not only to hear from local authors, but to pick up a few of their books to give to the folks on your holiday list!