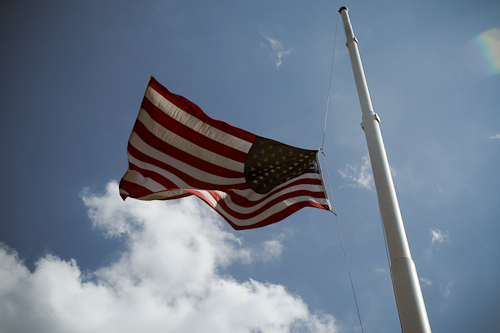 Flags in Southborough and across the state are flying at half staff today in honor of former Boston mayor Kevin White who died last Friday after a long battle with Alzheimer’s Disease.