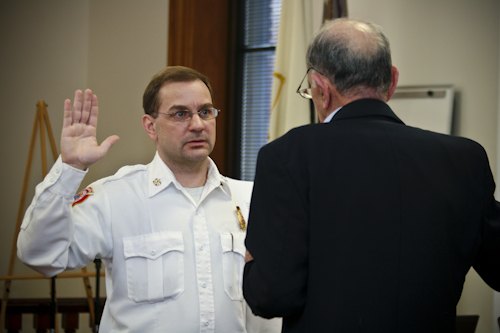 Joseph Mauro officially became Southborough’s Fire Chief during a brief ceremony at the Town House last night. Mauro was sworn in by Town Clerk Paul Berry in front of the Board of Selectmen and an audience of family, friends, and fellow firefighters.

A 31-year veteran of the Southborough Fire Department, Mauro offered a heartfelt thank you to his supporters and said he was looking forward to working with “a fine group of people.” 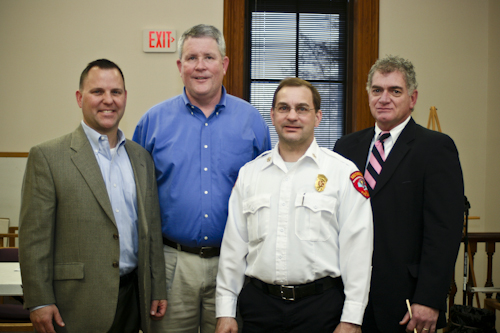 Above: Mauro stands with Southborough Selectmen (l-r) Dan Kolenda, Bill Boland, and John Rooney after being sworn in as fire chief

Congratulations to a fine choice!