[This is the latest in an occasional series by Beth Melo, a Southborough mom who loves to read to her kids. In this installment, Beth shares recommendations for books that deal with bad behavior. This post was originally published on the Southborough Library website, and has been reposted here with permission. For more of Beth’s book recommendations, click here.] 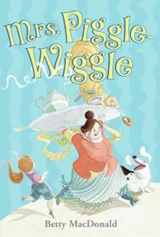 I have always treasured summer for the extra family time.  I think of all the joyous experiences and special occasions.  I forget that extra time with the children means more time for their behavior to get on my nerves. Each summer I seem to have at least one new pet peeve.

I’m sure that by mid-summer many parents like me have had it up to their ears with their own kids’ behavior – though that behavior may vary.  I’m not a psychologist.  So I can’t offer advice as to how to get your child to stop whining, lying, throwing tantrums or tattling.  But there are a lot of books out there that try.

I feel like at this point I’ve been through (but not done with) most of these terrible phases.  Along the way, I’ve discovered some good books.  Some books just help me laugh my way through it.  Most books at least offer an opportunity to talk things through.  (None offered a magical cure.  If only!)   Sometimes a book doesn’t fully match my parenting style.  When a book teaches something that I disagree with, I simply point that out to my children and explain why.

Here are books that I recommend:

Behavior Series – These are the kinds of books usually found on the parent shelf.  Because they are teaching books, they explore each topic thoroughly.  The downside is that for younger children this may make the books too long and/or lecturing.  When I’m really concerned about certain behavior, I use these books but also try to mix in picture books that are more fun. 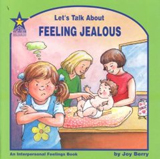 For toddlers to preschoolers –

Miscellaneous conduct – these aren’t “parenting” books, but still cover a range of behavior:

The following books are broken down by behavior issues: 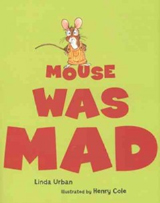 Lying – That’s Mine, Horace by Holly Keller is a good starting point for talking about honesty.  Horace takes a toy car abandoned on the playground.  When he learns it belongs to his friend, he lies and keeps it.  Horace feels terrible to the point of being sick (though it’s not clear how much is fear versus guilt).  It is only once he realizes that his friend will forgive him if he returns the car that he feels better.  I don’t like that he never acknowledges his guilt.  But I do like that even though he wasn’t caught by an adult for lying he felt consequences.

Tattling – Don’t Squeal Unless It’s A Big Deal by Jeannie Franz Ransom and aBad Case of Tattle Tongue by Julia Cook are good ones.  It can be hard to teach this to kids.  We want them to report bullying or dangerous behavior.  We tell them to tell us when there is a problem instead of hitting their siblings.  We tell them to explain their feelings.  Then when they whine to us about every way they feel wronged, we tell them to stop tattling.  These books help explain the difference between when to tell and when it’s tattling.  Both give examples and outline some rules to follow.  (OK, I confess that mine still can’t grasp it.  But it’s a starting point.) 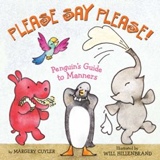 I hope some of these books help you survive special time with your family this summer.  If not, there’s always camp!