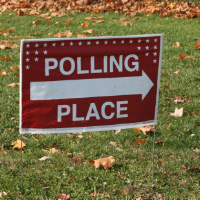 Massachusetts will hold its state primary election on September 6. If you want to cast your ballot, and you’re not already registered to vote, you’ll need to do so no later than Friday, August 17. Friday is also the deadline for changing your party affiliation.

Most of the local primary races are uncontested, but those voting Republican in September will have a choice to make in the race for the U.S. House of Representatives. As the result of recent redistricting, Southborough now falls in the Fifth Congressional district where Frank Addivinola Jr., Jeff Semon, and Tom Tierney are all vying to be the Republican candidate. Incumbent Edward Markey is running unopposed in the Fifth District for the Democrats.

You can register to vote or change your party affiliation by stopping by the Town Clerk’s office on the first floor of the Town House today until 5:00 pm or Friday from 8:00 am to 5:00 pm.

Voters have until October 17 to register for the presidential election to be held on November 6.