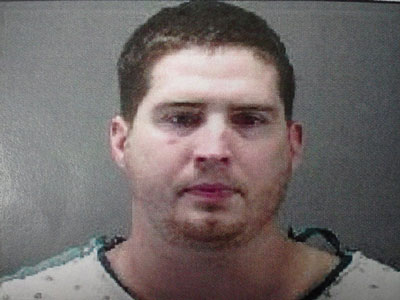 Above: Police are looking for this man in connection with an attempted copper theft (photo via Southborough Police Department)

Southborough Police have identified a second suspect in Monday’s attempted copper theft at the NStar building on Cordaville Road. Police arrested one suspect after interrupting the crime in progress, but a second suspect fled the scene and evaded police.

Authorities say the second suspect is 29-year-old Scott MacDonald of Revere. MacDonald is described as being a white male with brown hair and blue eyes. He is approximately 5’11”-6’0” tall, and between 180-210 pounds.

A warrant has been issued for MacDonald’s arrest. If you have any information as to his whereabouts, please contact the Southborough Police Department at (508) 485-2121.