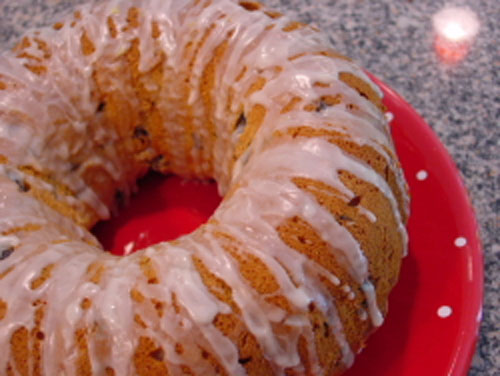 [This is the latest in an ongoing guest series brought to you by Southborough’s Culinary Underground. This week Chef Lori shares a recipe perfect for election season.]

Oh, say can it be election time already? We talk about food and holidays around here a lot, but never address the festival nature of American political elections. This ain’t a new thing in this country, this marathon of rallies, speeches, flesh-pressing, and baby-kissing. Early American elections used to be multi-day affairs and, to keep up their strength, participants had to eat and drink through all the speechifyin’ and what-not.

Allow me to present the Old Hartford Election Cake, one of the oldest recipes associated with American politics. Its origins are debated but recipes can be traced back to pre-Revolutionary New England, especially in Connecticut (and don’t omit the Nutmeg State’s ingredient!). It really peaked in the mid-nineteenth century and the old recipes present many challenges to modern cooks. We’re using a more user-friendly version here.

This cake is simply a variation of many types of English spiced yeast and fruit cakes, like Hot Cross Buns, Bath Buns, and Sally Lunn. I like this particular cake because it allows the baker to combine the techniques of cake making (creaming the butter and sugar) with the fun of working with yeast. And it is of the class of yeasted batter breads – no kneading here, just beating with a wooden spoon (if you’re a purist) or with an electric mixer (if you like the mod-cons).

Of course, New England housewives of yore would fret over cakes like these because they didn’t have the luxury of commercial yeast, which gives consistent results as long as you don’t kill the yeast by getting your milk too hot. (But then, what else did those ladies have to do during election season anyway? It’s not like they could vote.).

Well, before I climb on my soapbox, let’s just say that this is among my favorite cakes – it’s not too sweet, has great texture, and is terrific toasted. And slathered with butter! Olde tyme Yankees would have washed this cake down with cider, but it’s truly one of the best coffee go-withs around.

Break out the yeast and spices, dust off the Bundt pan, and get out and vote while the batter rises (that goes for you, too, Sisters!). Then relax and watch the returns while enjoying a piece of American history.

The milk should be warmer than body temperature, but not steaming! Into it, stir the sugar and yeast. Let this mixture stand for about 5 minutes – it should get really foamy and “active”.

Gradually mix in 1-1/2 Cups of the flour. Now cover the bowl with cling wrap and let it rise until it doubles – about 45 minutes.

Toss the raisins and spices with the remaining flour and set aside.

In a big bowl, cream the butter and white or brown sugar – just as you would for a cake. Add the eggs, one at a time. Add the brandy. Now beat in the yeast mixture until blended, then gradually add remaining flour to form a sticky, lively batter – it won’t be too smooth!

Spoon the batter into the prepared Bundt pan. Cover and let rise for 1 to 1-1/2 hours or until almost doubled.

About 20 minutes before it’s completely risen, preheat the oven to 350 degrees F. Spoon the batter evenly into the pan.

Bake the cake for 35-40 minutes, or until a toothpick or knife tests clean. (If you have an instant read thermometer, even better: it should read 200-220 degrees F.)

Cool in the pan, then invert onto a rack. Whisk the powdered sugar and orange juice together and drizzle it over the cake.