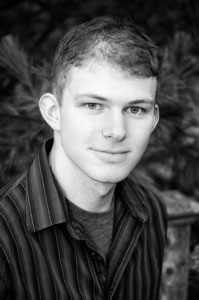 Southborough is mourning the loss today of Christopher Weigl, the 23-year-old Boston University student who was killed in a bicycle accident in Boston yesterday. Weigl grew up in Southborough and earned the rank of Eagle Scout at age 14. He graduated from Worcester Academy and Skidmore College, and was attending BU to pursue a masters in photojournalism. He played the clarinet.

Weigl grew up in Southborough, Mass., where he was an Eagle Scout, and he graduated from Skidmore College in 2011. There, he was president of the Photo Club and photography editor of the student daily news website, Skidmore News. He was also a student photographer for Skidmore’s communications department, where he was nominated as employee of the year as a senior, as well as a freelance photography intern at Panorama magazine and a freelance photographer for MetrowestDaily News.

Weigl’s website attests to his extraordinary eye and his versatility as a photojournalist. He was as adept at covering the performing arts, architecture, and sports as he was at shooting portraits, weddings, and images of the natural world. He had spent much of the past few months covering the 2012 presidential campaign. A vivid portrait of President Obama at a rally on September 7 in Portsmouth, N.H., is among the more memorable images in his portfolio.

His website also reflects his love of travel. Images from his trips to New Zealand and South America in 2007, Italy in 2010, and Cambodia and Thailand in 2011 feature prominently in his portfolio.

On the first day of a feature writing class at BU, Weigl received the same assignment professor Mitchell Zuckoff gives all his students: write your own obituary. You can read the result here.

Take a few moments to browse Weigl’s photography portfolio on his website. It’s clear we have lost an incredible talent, and from all accounts, an exceptional young man.

So sorry to hear about Chris’s death. Such a loss of a gifted photographer and human being.