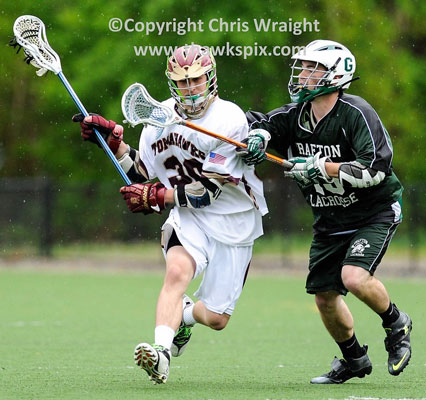 Above: The Algonquin boys lacrosse team playing earlier this season. The team continues its postseason run on Saturday. (photo by Chris Wright)

Later today, the Algonquin boys baseball team will embark on their postseason run with a first-round match against Marlboro. Algonquin enters the tournament as the 8th seed. Opponent Marlboro is the 9th seed. The game starts at 3:30 pm today at Algonquin.

For the Algonquin boys volleyball team, the postseason has come to an end. The team fell to Medfield yesterday by a score of 3-2.