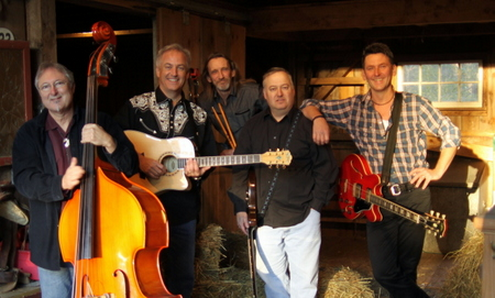 That’s good news, since listening to New City Cowboys might make you feel like dancing (or at least doing some toe tapping.)

Described as playing the “New Nashville Sound”, the band will play covers plus some original tunes. I don’t know what’s lined up for Thursday night, but here’s a sample I found from a concert in 2010: A Little Less Talk, A Little More Action 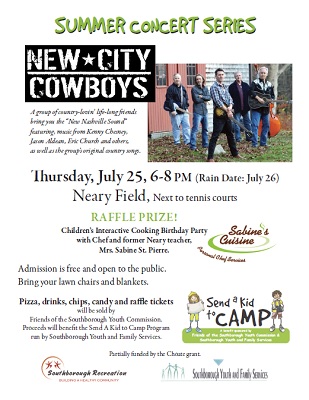 Sarah Cassell from Youth and Family Services informs me that last week’s concert brought in a bigger crowd than the first week – despite the wilting heat.

(Quite a few kids were in swimsuits, taking advantage of the mister and sprinklers.)

Once again, proceeds from raffle and concessions will benefity Send a Kid to Camp.