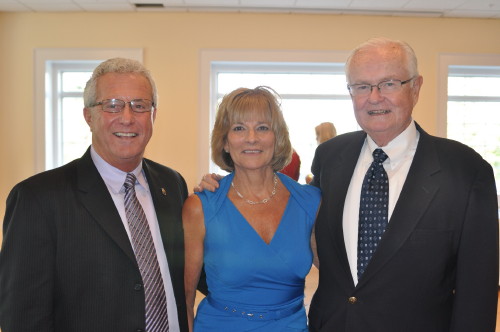 Recently, three long-time educators from Southborough/regional schools have made news – two for retiring and one for her side job.

Here is a collection of local stories you may have missed:

Superintendent Nawrocki began at Assabet as a health and physical education teacher. She went on to become a Curriculum Coordinator, then Principal, and finally, District Superintendent.

In celebration, a party was held at the Marlborough Country club. She was joined by Friends, family and co-workers.

[It was] an evening of well wishes and camaraderie, memories and laughs. Representative Danielle Gregoire and Mayor Arthur Vigeant each presented Nawrocki with Resolutions commending her on her exemplary service to the school.

Burke Calls it Quits at Algonquin (the Villager)

For the past 26 years, Neil Burke has been calling the shots for one of the state’s premier high school baseball programs. After leading the Algonquin baseball team to the Central Massachusetts quarterfinals this spring, Burke has retired from his post as head coach.

Burke, who spent four years as an assistant coach at Algonquin before assuming head coaching duties, led the Tomahawks to five district titles and the 2006 state title during his tenure. Burke is a 1973 Algonquin graduate and played for the Tomahawks. He grew up in Southborough. (read more)

Lauren Grimley of Shrewsbury never really liked fantasy novels when she was growing up in Grafton.

“Although I had a vivid imagination, I was never a fan of fantasy while growing up. I have my middle school students to thank for turning me into a ‘fang’ fan,” she said.