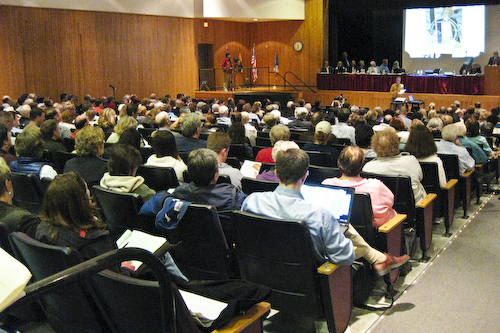 Monday night, at 7:00 pm, the Town of Southborough will be holding a Special Town Meeting at Trottier Middle School. (Of course if you read this blog regularly, you already know that.)

All residents registered to vote in Southborough are encouraged to attend. (I hope I’ll see you there.)

To help you prepare, below are brief overviews of the warrants. I am also including the information I have on public positions (to the best of my knowledge).

Most of these are uncontroversial, but there are two exceptions: Articles 1 and 7.

Article 3: Approval of funding for Article 2

Article 5: Acceptance of Barn Lane as a public way

Article 6: Acceptance of Barn Lane as a public way

Article 8: Acceptance of Blendon Woods Drive as a public way

Article 10: Change the reporting authority for the Town Planner

Article 11: Approval of funds to update the Town Code

A conservative but balanced and fair approach:

1. YES – I guess by MA law it has to happen and this is the best we can hope for. Literally im Marlborough the area smells like a POT factory in the parkeing lot.
2. YES – get the unions out and then pay the workers what they are worth. I dont think we need the federal or state budgets, benefits and salaries in little old Southborough. The Federal and state governement have eniough problems with SEIU and how they assisted in getting Obama elected.
3. NO – No one out side of Wall Street has had a raise. We cant pay the additional $700 a year out tax bill just came. It has to stop.
4. Yes – This system is a relic and i am surprised it is still functional at all. Literally the parts are the same parts used in the very first US Space Mission.
5. NO – not in compliance
6. No – not in compliance
7. YES
8. YES
9. YES
10. YES
11. YES