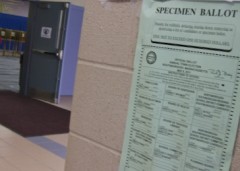 On Monday, May 12, 2014, Southborough residents have the opportunity to vote in the Town Election.

This year, there is a race for 5 contested seats on two boards. To help voters make their decision, I asked each candidate to fill out a position paper to share with readers.

The information will be featured on a special page that will stay up through the election. (You can pull it down from the top menu – “Town Meeting & Election“.)

Below, you can find information on the candidates including why they are running, why you should vote for them, and how you can reach out to help.

On this front, candidate Lisa Cappello announced yesterday that she is withdrawing from the race. She thanked her supporters and explained her decision:

I wanted to let you know that I decided to withdraw from a very contested race. I believe there are (2) top Candidates that I myself would vote for. I feel by staying in the race now, I would be taking away votes that would benefit them and their campaign.

I also want to be able to focus on my position with ZBA, we have many important issues going on right now and I believe in all fairness my focus needs to be with the ZBA.

Thank you for everything.

Although Cappello won’t be running, her name will still appear on the ballot. (To withdraw from the ballot candidates needed to file documents by 5:00 pm on April 9th. The Town Clerk’s office already sent in the ballot for printing before Cappello made her announcement.)

Note: This section is a mud-free zone. So only clear endorsements will be allowed in these comments, without mudslinging at other candidates.