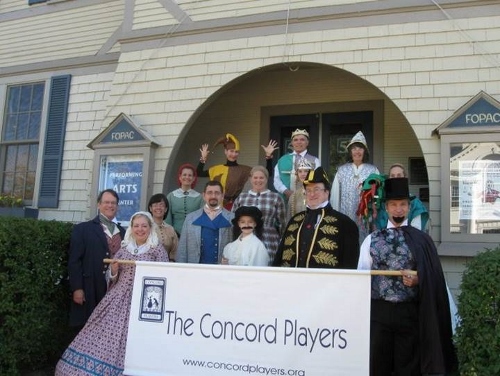 Above: The Concord Players acting troupe. Some of their senior members will perform in town next week. (Photo from the group’s Facebook page)

The Concord Traveling Players, senior members of the Concord players, will perform for Southborough seniors next week.

The troupe will present staged readings of comic one-act plays and excerpts from Broadway shows at the Senior Center. A multitude of short skits by some well-known and rare playwrights of the early 20th Century will be performed.

a play about New York high society by one of the few women playwrights of the early 20th century, scenes from a successful 1939 Broadway show, a play with a typical theme of the 1930s, a surprise skit from the good old days of radio, and played by a Hungarian playwright that eventually became a Rodgers and Hammerstein musical of the 1940s.

The troopers are lifelong thespians who acted, directed, produced, and worked in many administrative capacities to make Concord’s Community Theater one of the best in New England.

Southborough’s Council on Aging hosts the event. Suggested donation for attending is $6 for Friends of the COA and non-members $10. Contact SSC to sign up 508-229-4453.

For more information about the Concord Traveling Players click here.