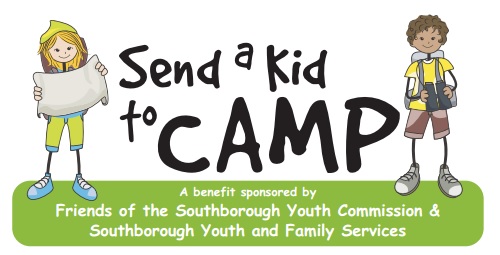 With only one more concert left in the Summer Concert Series, Southborough Youth Commission reports that its Send a Kid to Camp fundraiser has been a success so far.

Fundraising, including concession sales at the concert series, enabled them to send Southborough kids and teens to local day and overnight camps. The “camperships” are for families who could never afford to pay the camp fees themselves.

Donations and concession sales funded a total of 57 weeks of camp to 40 Southborough kids and teens, according to Sarah Cassell, assistant director of Southborough Youth and Family Services.

“Six of the weeks were for overnight camp for middle-schoolers and the rest were day camps.  The cost of weeks at camp can range from $138/week to $700/week for full-day day camps, and $660/week for overnight,” she said.

“We appreciate everyone’s support in our efforts to give so many kids such great experiences,” said Cassell.

A grant from the Southborough Cultural Arts Council has made these community concerts possible.