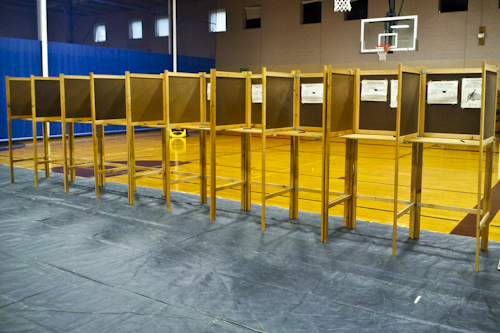 Above: Empty ballot booths were probably a common site yesterday, since less than 15% of registered voters turned out. (Photo by Susan Fitzgerald)

The “unofficial” primary results from the Town’s Clerk’s office show Southborough voters aligned with voters across the state. Here are the highlights and results.

Yesterday, less than 15% of registered Southborough voters cast ballots in the state’s primary. 99.6% of voters were eligible to participate in the primary, since less than 4% are enrolled in 3rd parties.

Though turnout was low, it was on par with the state. (I saw averages reported at about 16% with many towns around 15%.)

The only outlier in town results was a draw in the highly contested race for Governor. Democrat Martha Coakley won the state nomination by 6%. In Southborough, Coakley tied opponent Steve Grossman with 257 votes each.

Below I included the results for the contested races: 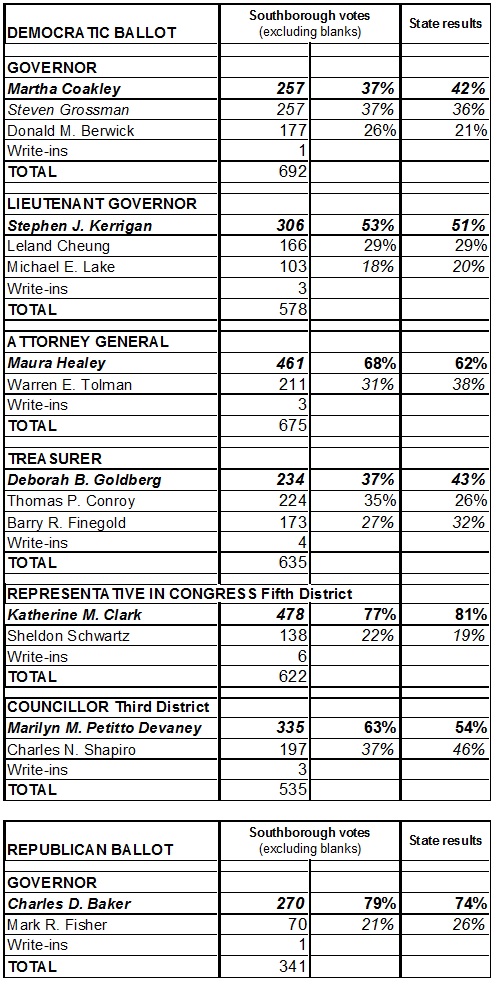 For all town results, including uncontested spots, click here. The state election will take place on November 4th. The deadline to register is October 15.