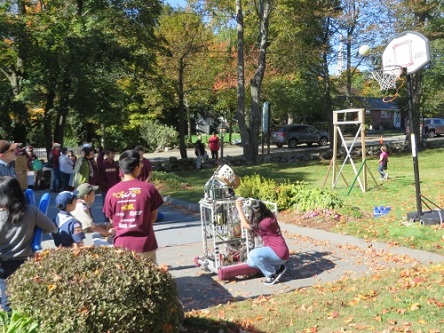 Take a robot for a test drive or see how one works on Heritage Day (Monday, Oct. 13).

Join Algonquin’s award-wining Robotics FIRST Team 1100 following the parade in the lower level of the Community House parking lot, where robotic demonstrations will be given.

The robot demonstrations are free, but a $1 ticket purchase is required for driving. All proceeds go to support the Team’s community programs and participation in competitive events.

In its 13th year at Algonquin, the team has mentored FIRST Lego Teams at the Northborough-Southborough middle schools and launched a “Build your own Robot Day, ” as well as, a “T-Hawk Test” drive day, where Lego Teams come for a practice competition.

The Team has also participated in Northborough’s AppleFest.

A table at St. Mark’s field will be setup for more information about getting involved with FIRST Robotics.