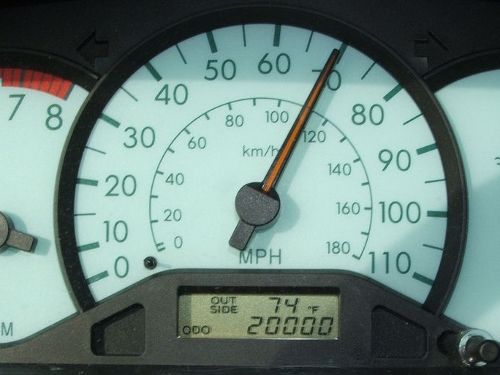 Above: Hit the brakes! The SPD is on the lookout for speeders. (Photo cropped from image posted to Flickr by KellyK)

Southborough Police are putting aggressive drivers on notice. They’ll be looking for you this month. The SPD posted on Facebook:

The Southborough Police Department will be conducting extra directed police patrols, with a focus on Speed & Aggressive Driving Enforcement, from October 14, 2014 through October 31, 2014.

This summer, I shared a discussion with Chief Kenneth Paulhus on residents’ concerns about speed enforcement. He explained the department’s policy and constrained resources for dealing with the problem.

Since then, the department has apparently received a grant to help them grapple with the issue. This “mobilization” is just the first of five between now and next September.

According to the Facebook post, the grant is courtesy of the Federal Traffic Enforcement Grant Program administered by the Executive Office of Public Safety and Security Highway Safety Division.

I dug a little to find out what the grant entails. The funding can be used to help cover overtime and training for the mobilization periods.

Residents of Southborough Meadows, I being 1 of 52, and Trustee, have received a number of complaints about the limited sight of vision of traffic heading west on RTE 30, which creates a hazard, The driver has to INCH out onto the roadway before they get a good line of vision. This causes some of the traffic to move left so as not to collide with the exiting vehicle and therefore the traffic heading East, have to take some kind of avoidance action; all this makes the exiting very dangerous. A sign just after NY Ave., depicting a vertical & horizontal line or words reading “BLIND DRVEWAY” ahead, would minimize the risk; hopefully.

Why would you post something like this on a blog rather than contacting the town administrator or dpw chief and ask that a sign be installed?

*yawn* Overtime pay for Christmas. Cops gotta get the GI Joe with Kung Fu grip too!