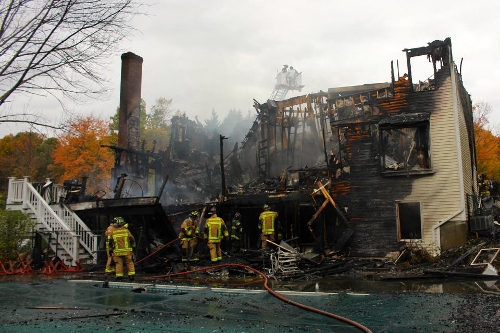 Above: Assisting Marlborough in putting out a blazing house fire was the biggest news from the Southborough Fire Department this week. (Photo here and below are from SFD’s Facebook page)

The Southborough Fire Department logs still are still on hold.*

Luckily, the department has continued making use of its Facebook page.

Here’s some of the more recent news the department has shared. The news is sparse, but I’ve found more information and details through other sources.

This news wasn’t included on Facebook, but shared in an email from Woodward Principal James Randell to parents:

I would like to commend the staff and students for a quick and orderly evacuation. 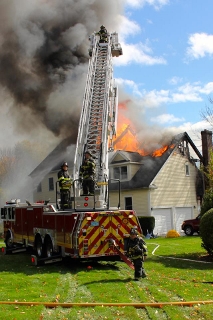 Group 1 on the line today. Mutual aid to the City of Marlborough for a fully involved structure fire. Also, thanks to Westborough Fire Dept for handling calls in our town while we were working.

Southborough Wicked Local covered the fire which leveled a Marlborough home near town. According to the article, firefighters were hindered by insufficient water supply:

Crews battled the intense fire Sunday, which may have been burning long before it was noticed by neighbors, [Marlborough] Fire Chief James Fortin said. He said the fire was on all floors of the two-story home by the time crews arrived in response to a call at 12:39 p.m. Sunday.

Firefighters’ efforts were hampered by the scarcity of water in the area, Fortin said. The nearest hydrant in Marlborough was about 2,000 feet away, forcing crews to use additional pumps to get enough pressure to draw water for fighting the blaze. Fortin said firefighters also tapped a cistern about 1,300 feet away in Southborough, which sent two pumper trucks to assist. (read more)

Earlier today, the SFD responded to a comment on Facebook that the cause of the fire is still unknown. Several photos of the incident were shared on their page. You can see them here and here.

*As I previously reported, the Police and Fire Departments began use of their new CAD (computer aided dispatch) in August. Eventually, the Fire logs will be published again. But for now, the department’s higher priority is becoming proficient with using the system.