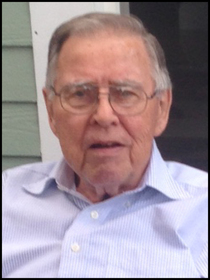 He was born in Tunbridge, Vermont the son of Erastus and Gertrude (Bunce) Lewis. He was a lifelong resident of Southborough and a graduate of the former Peter’s High School. He was a United States Navy veteran who served during World War II in the South Pacific.

Mr. Lewis worked for many years as a graphic artist for Fenwal Inc. in Ashland before starting up his own printing company, Quik Print, in 1972, which is still family operated.

Dean loved watching his grandchildren’s sporting events and spending time with his family. He also enjoyed being a part of the “Morning Coffee Guys” at Mauro’s, “The Two O’Clock Dunkin Donuts Guys” and his “Friday Night Companions”.

In lieu of flowers, memorial contributions may be made to: Wounded Warrior Project, P.O. Box 758517, Topeka, Kansas 66675. To leave words of condolence for the family please visit: www.morrisfuneralparlor.com

I remember Dean especially as a generous supporter of some of the town’s non-profit organizations or undertakings, making printings more affordable for some of our “good causes.” And his work was always perfect.

Dean Lewis raised a great family, started and ran a great local business, and was a great friend and neighbor to many. The quintessence of Southborough, and a sad loss.