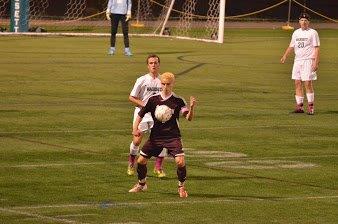 Above: ARHS Boys Soccer had an outstanding season. But they won’t be playing in the state championship finals. (Photo from earlier this season contributed by Kerry Stassi)

Algonquin’s Boys Soccer played in the state semi-finals this week. According to the Community Advocate, Amherst dominated the second half of the game, winning 3-0.

So, ARHS athletics is out of the running for a varsity state title this fall.

Still, the Boys can be proud as division champs with an outstanding record this season.

Winter sports are set to begin December. Varsity swim is up first with a December 6th meet. Other teams won’t kick off their season until mid-month.