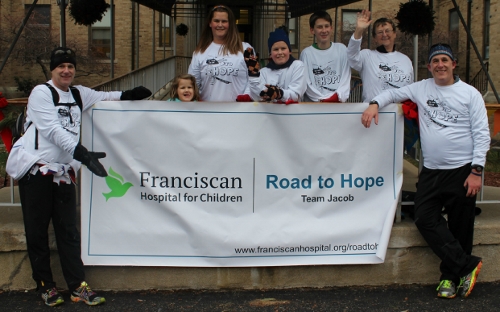 A few stories popped up over Christmas about members of our community worth recognizing.

For 20 years, Nick Castelli has collected hundreds of toys to donate each Christmas.

He buys the toys throughout the year when items are on sale or clearance, he said.

“I’ll start again on Friday,” the 64-year-old joked on Tuesday afternoon, just two days before Christmas. Castelli teams up with Herb Connolly car dealerships in donating the products to the Toys for Tots program, which is run by the U.S. Marines and Massachusetts State Police.

A few years ago he built a new garage where the toys pile up all year long. His daughter, Jennifer Castelli, said sometime he fills up the whole garage. (read more)

You’d be hard-pressed to get Dan Strickland to talk about himself for more than five consecutive seconds. . .

Though Strickland may not be one to boast, those who know him are more than happy to take on the task. Many are quick to point out the influence Strickland has had on Team 1100’s growth. When he first began volunteering in 2002, there were only about a dozen students coming regularly to team meetings. Today, there are nearly 80.

It’s striking to see such a large group of people spending their Friday nights at robotics team meetings – not just high school students, but also parents, Team 1100 alumni, and engineers who don’t even have kids but just want to help however they can. But to those involved it doesn’t come as much of a surprise: Strickland makes it a place that everyone wants to be. (read more)

On Sunday, December 21st, the Qua family of Southborough returned to Franciscan Hospital for Children to say ‘Thank You’ to the staff that saved their son’s life and donate money they have raised to support the organization.

The Road to Hope ‘Thank You’ Run was created by the Qua family to celebrate the 10 year anniversary of their son, Jacob, being discharged from Franciscan Hospital for Children. After sustaining a devastating brain injury from a third story window fall in Southborough, Jacob was unable to walk or talk. Three months of intensive therapy and rehabilitation at Franciscan helped Jacob regain these skills.

Ten years later and completely unrelated to his brain injury, Jacob developed Guillain-Barré Syndrome, a disorder that attacks the nervous system resulting in severe weakness and paralysis of the body.  Once again and without hesitation, the Quas turned to the team at Franciscan to heal and care for Jacob. He endured months of rehabilitation treatment and with time, courage and a lot of hard work, he’s now on the road to a full recovery.

David Qua (Jacob’s dad) ran with Dr. David Leslie, from Southborough to Franciscan Hospital for Children in Brighton. Along the 30 mile path, they stopped and personally thanked as many people as possible for all of their support. It was a wonderful event that was very touching for all who were involved.

Over the course of the last 9 months, Dr. Leslie and the Qua Family have raised over $15,000 for Franciscan Hospital for Children as part of the Road to Hope Campaign.

Great to hear of so many local people strengthening the community through selfless deeds and consistent good will. Thanks for sharing.