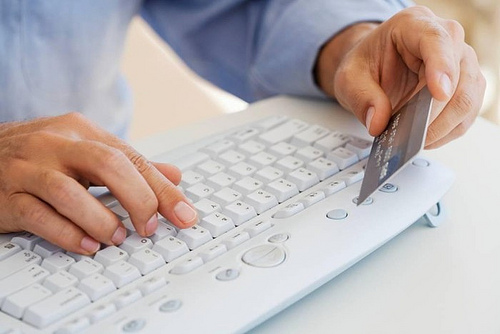 Above: In a recent report, residents of our town deducted more charitible giving per dollars earned than any other city or town in Worcester. (Photo posted to Flickr by HM Revenue & Customs)

Go Local Worcester loves to rank cities and towns. In their most recent ranking, Southborough came out on top.

This time, the ranking was by most charitable. The data dates back a couple years. It’s based on a report of charitible deductions made by Worcester County residents for 2012.

In total deductions, our town ranked 2nd, behind Worcester, with $21,952,000. But by percentage of income, Southborough ranked #1.

The distinction is tempered a bit by learning that we’re first in a county that was sadly ranked 2nd from the bottom for the state:

Of the 14 counties in Massachusetts, Worcester County lags behind in both charitable deductions and total giving ratio. Worcester is second to last (only in front of Bristol County) in giving ratio at 1.73% of median income of individuals. Worcester County is 5th in the state in charitable deductions behind Middlesex County ($1.5 billion), Norfolk County ($869.4 million), Suffolk County ($824.7 million) and Essex County ($415.2 million).

*That referred to total giving. Ranking by % of income showed Leominster at #10. Shrewsbury, Westborough, Northborough weren’t ranked in the list which stopped at 25. Whitinsville and West Boylston came in 2nd and 3rd.

Add in taxpayer subsidized educational non-profits per square mile, and we are probably in the top ten most generous towns in the USA.

There is a difference between tax exemptions and tax subsidizes. While emergency services do cover all town residents, buildings, visitors, drive throughs, etc, and that includes all the non-profits, I am not aware of any direct tax payer monies, or subsidies being made regularly to what sounds like you are referring to as the private schools in town.
Still, being charitable is a nice list to lead.
(This comment has no connection to my being a member of the Advisory Committee and reflects an opinion that is mine alone.)

If you are the beneficiary of a service that some one else pays for that can reasonably be considered a subsidy.

Ms. Muggeridge – you left out children in our town’s public school system who live at Fay and St Marks. If memory serves me well the cost per student in our school system is ~$12K.

And yes, if you do not pay for it, the service provided is a subsidy.

In any contest for the most charitable in the U.S. (by way of tax-exempt property), I wonder if Cambridge with its enormous educational and religious institutions, or maybe Boston or New York or Chicago and …many others… wouldn’t be more eligible for that title of “most generous” in the country when it comes to percentage of non-taxable institutions.