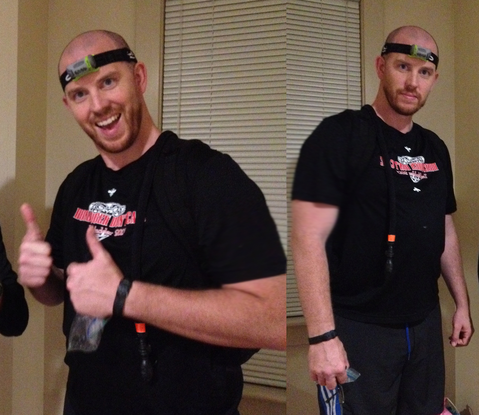 Above: 2.5 years after he broke his neck, Greg Mertz took on the Go Ruck Challenge. Now he’s looking forward to being Boston Strong. (Image from his fundraising page)

First up is an inspirational story from 38 year old Greg Mertz. He is raising funds for the Michael Lisnow Respite Center. The center provides emotional and physical support for individuals with disabilities and their families.

Mertz suffered an accident that nearly ended in tragedy. He has worked hard to recover, but it’s given him further insight into the plight of families touched by serious disabilities.

I could write for pages about why running the Boston Marathon for the Michael Lisnow Respite Center is important to me… but I am going to narrow this to three main points:

Foremost, I believe in the work the Lisnow Center is doing and know that the donations I raise will make a significant impact in funding The Center for another year. My wife provided intermittent respite care for a family when we lived in Maine and that helped to open my eyes to the challenges of living with a child with disabilities and the importance of respite care.

Secondly, I had a near-death accident on Mt. Washington two days before Christmas in 2011. I broke my neck but managed to hike the three miles out to the trailhead in the dark before driving back to Boston. I was tremendously lucky to escape that accident alive and fortunate not to be paralyzed. When I left the hospital after my surgery I could not lift my arms above my waist and remained in a neck brace for 4 months. I am blessed to have made nearly a full recovery and am excited to celebrate my return to physical activities by engaging some of the marquee events that I always assumed that I would get to do at some point… but realized that you never know when that option may disappear. I want to reach out and grab it while I can!

Finally, like so many of us in the Boston area, I was deeply affected during the attack of 2013.  (read more)