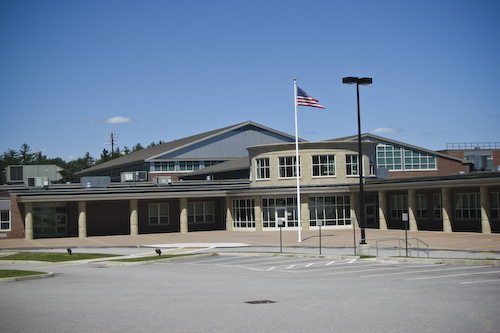 In March, Algonquin’s administration put forward a proposal. The intent was to help deal with students’ sleep deprivation. A proposed schedule to begin in the fall would have started the day with a Flexible Learning Block.

Last night, Superintendent Christine Johnson said the proposal did what it was intended to do: spark conversation and exchanging of ideas. Since then, faculty have been proposing, discussing, and are continuing to vote on several alternative schedules.

Principal Tom Mead told the committee that at one point, about 10 different schedules were flying around.  Now it’s down to 5-6 proposals and is being narrowed down through multiple rounds of voting.*

How (or if) sleep deprivation may be addressed by any of the proposals wasn’t explained. And in the end, keeping the current schedule will also be considered.

As for sleep deprivation, Mead said he and faculty have been discussing other factors contribute including homework.

Johnson previewed that they plan to address the homework policy next year. She believes it has been in place since 1997 and may be time for a change.

Now for some other news from last night’s meeting:

*If you’re looking for more on how faculty are narrowing down proposed schedules, Southborough Wicked Local covered it in more detail.