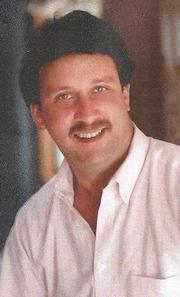 John William Pendergast “Jack” of Southborough, MA, passed away, in his home, on May 28, 2015 after a courageous battle with cancer. At the time of his passing, he was in the loving presence of his wife, Beth Wittcoff, his two sons Brian and David, and his brother Mark.

Born in Worcester on November 21, 1951, he was the loving son of William and Barbara (Brown) Pendergast. After growing up in Whitinsville, he graduated from Northbridge High School in 1969 and continued on to Clark University from which he graduated in 1973 with a degree in Economics. Pursuing a career in the law, Jack journeyed to Boston where he earned his Juris Doctorate in 1976, at Suffolk University. He returned to Whitinsville to open his own law practice in 1978 where he actively practiced family and criminal law until earlier this year. He was especially proud of his work in juvenile defense. Jack had a strong sense of social justice and truly was everyone’s biggest advocate.

He is survived by his wife, Beth Witcoff, Principal of the Annie Sullivan Middle School in Franklin; two sons, Brian and David Pendergast; and a brother, Mark Pendergast.

With his family he enjoyed taking trips to St. Louis, Florida and Story Land. They also enjoyed playing golf, and talking about sports and politics. The proudest days of Jack’s life were when his two sons Brian (29) and David (26) were born. He enjoyed watching them grow up, faithfully coaching and attending their sporting events, and seeing them become the fine young men they have become today.

Relatives and Friends are invited to join his family for Calling Hours on Wednesday, June 3, from 4 p.m. until 7 p.m. in MERCADANTE FUNERAL HOME & CHAPEL, 370 Plantation Street, Worcester.

In lieu of flowers, the family requests that donations be made to the Southern Poverty Law Center at www.splcenter.org, the American Cancer Society at www.cancer.org, and the American Diabetes Foundation at www.diabetes.org.

There is an online guest book at www.mercadantefuneral.com