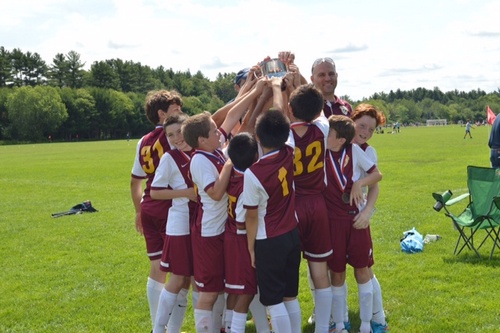 On Friday I qualified a factoid that if Southborough Galaxy players won, they would be the first team from town “as far as anyone involved can recall.”

Looks like someone had a longer memory. The update on that is that another team did win five years ago. So, it’s not quite making history. But it’s still an accomplishment for the team.

It was a trilling finish with the team beating Arlington on penalty kicks after two overtime perioids. It’s been five years since Southborough has won a President’s Cup and the boys and the coaches should be proud of this acheivement.

On their way to the championship, the team defeated a tough string of opponents including Wellesley, Jamaica Plain and Newton.