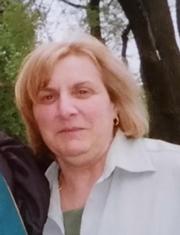 Mrs. Joanne Ropi Kinas, age 64, of Southborough and formerly of Framingham, passed away at Brigham and Women’s Hospital on Thursday, January 7, 2016.

Born in Framingham, she was the daughter of the late Stavre and Elizabeth (Thomas) Ropi.

Joanne attended Worcester State University and received a degree in Education. She taught in the Framingham public school system specializing in elementary special education, where she met the love of her life and married the late Christopher Kinas and they settled in Southborough. They retired together in order to spend all their time with each other.

In recent years she enjoyed dinners out with friends and family and rides in the car just to get an ice cream. She was the most thoughtful and giving person, she never forgot a birthday or a special occasion. She spent more time caring for others than for herself. Joanne has touched so many and she will be greatly missed.

Joanne is survived by her siblings, Mark Ropi and his wife Phyllis of New London, CT, Thomas Ropi of Framingham, Michael Ropi of E. Bridgewater, and Stephanie Ropi Boutsifakos and her husband George of Southborough and Las Vegas NV. She is also survived by her nieces and nephews, Stephen Ropi, Benjamin Ropi, Mathew Ropi, Elissa Ropi-Coppinger, Craig Ropi, Katy Sprague, Thomas Bayard, Elizabeth Ropi, Nicholas Kinas and her god child Joseph Sprague. She is also survived by many great nieces and nephews.

Relatives and friends are invited to attend her Funeral Service on Tuesday, January 12 at 10:00 A.M. in the Albanian Orthodox Church, 37 Washington Street, Natick.